← more from
Cantaloupe Music
Get fresh music recommendations delivered to your inbox every Friday.
We've updated our Terms of Use. You can review the changes here.

by Michael Gordon & The Crossing 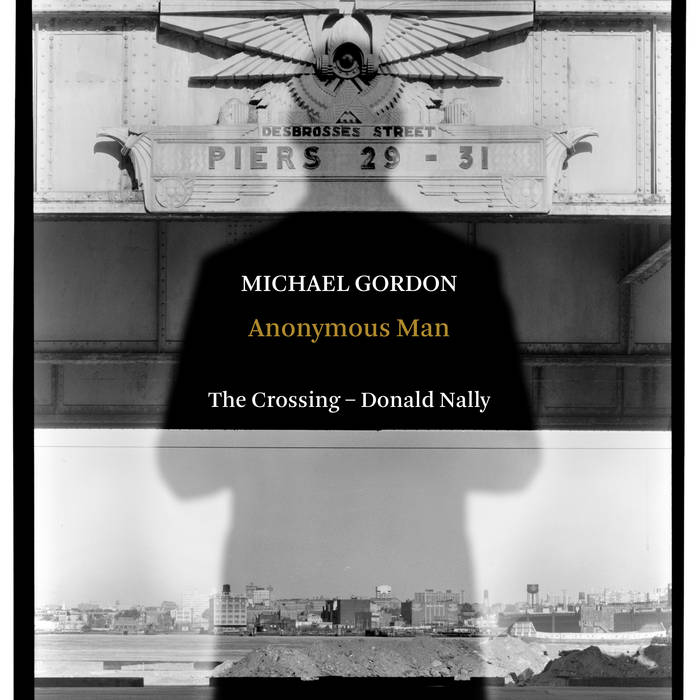 Scored for 24 unaccompanied voices, Anonymous Man is an hour-long piece that expands on Michael Gordon’s inventive approach to composition, layering minimalistic swirls of vocal sound on top of one another to create a hypnotic incantation.

Gordon drew inspiration for the piece from his neighborhood in lower Manhattan. “When I moved into my loft on Desbrosses Street, the streets were empty, since few people lived there. Over time, the neighborhood changed from an industrial warehouse district to a residential area. Anonymous Man is a memoir about my block; it’s built around my memories of moving in, meeting my future wife for the first time there, and conversations I’ve had with two men who made their home on the loading dock across the street.”

Performing this tour de force is the Grammy-winning, Philadelphia-based choir The Crossing. Conducted by Donald Nally, the choir is dedicated to expanding the contemporary choral music experience through commissions, collaborations, community, and performances that are characterized by a distinctive unity of sound and spirit.

Produced by Adrian Peacock
Engineered by Argeo Ascani and Jeff Svatek
Edited by Adrian Peacock and Will Brown
Mixed by Dave Rowell
Mastered by Will Brown
Recorded on March 20, 21 and 22, 2018 at The Curtis R. Priem Experimental Media and Performing Arts Center (EMPAC)
at Rensselaer Polytechnic Institute, Troy, NY

Michael Gordon's music merges subtle rhythmic invention with incredible power embodying, in the words of The New Yorker's Alex Ross, "the fury of punk rock, the nervous brilliance of free jazz and the intransigence of classical modernism."

Bandcamp Daily  your guide to the world of Bandcamp